Recently I've heard that its possible to mod socket 775 consumer grade motherboards to accept and work with socket 771 Xeon CPUS which cost about quarter of its 775 equivalent models such as the QX9650. I thought it was a great value upgrade to my old 775 system running an old Core2Duo E6750 with a stock clock of 2.53GHz overclocked to 3Ghz.

So I started too look around eBay and found a Xeon E5420 for £19.99 shipped. An equivalent used CPU, the Core2Quad Q9450 would cost me between £80 and £110. Additionally, I would need this 'sticker circuit' required for the mod which makes the pins on the motherboard work with the pins of the motheboard.

So I started by removing the heat sink off my CPU. The case is a Fractal Design Define XL R2, The heat sink is an Arctic Cooling Freezer 7 Pro and the motherboard is an Asus P5G41T-M/USB3. 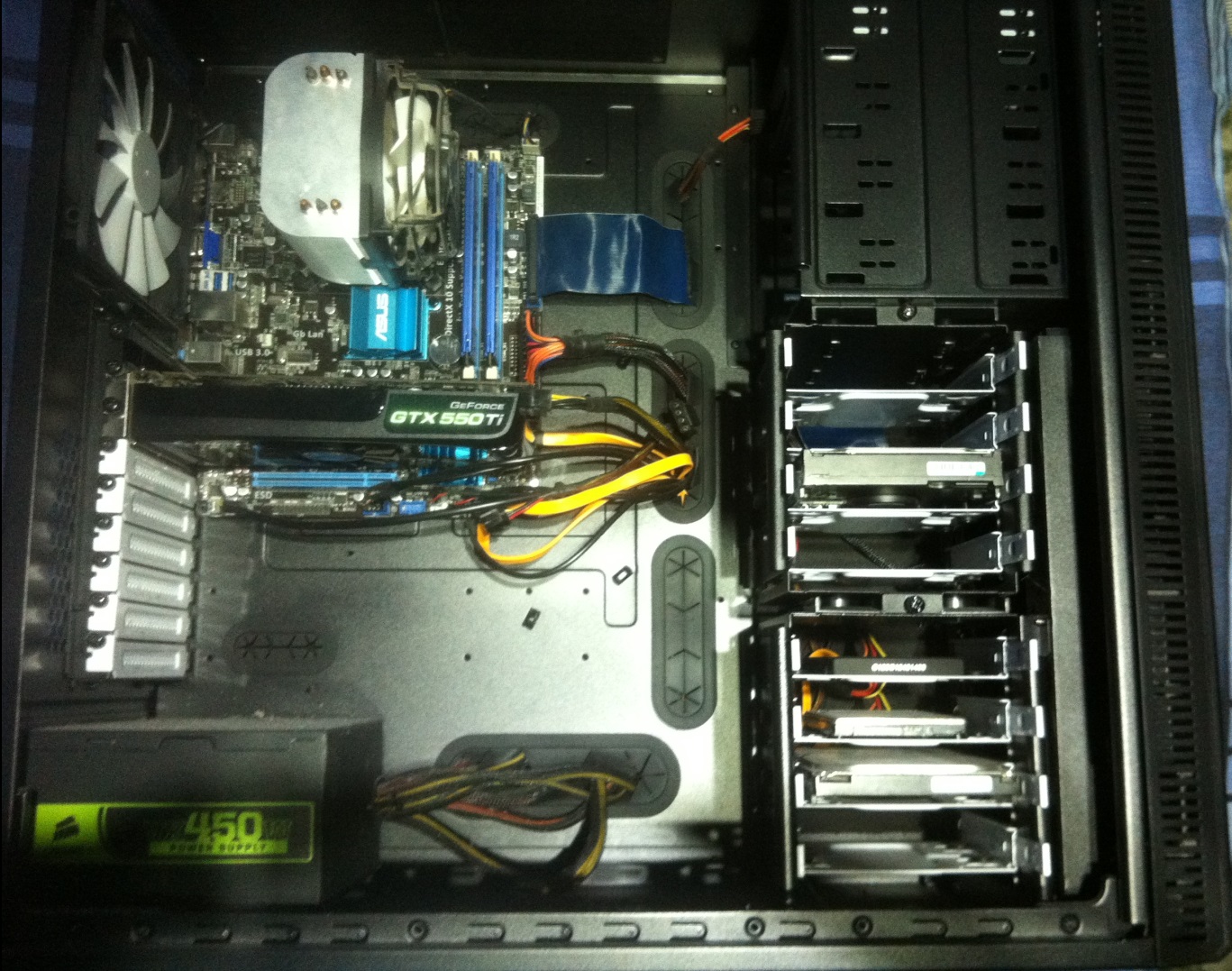 Close up of the heatsink: 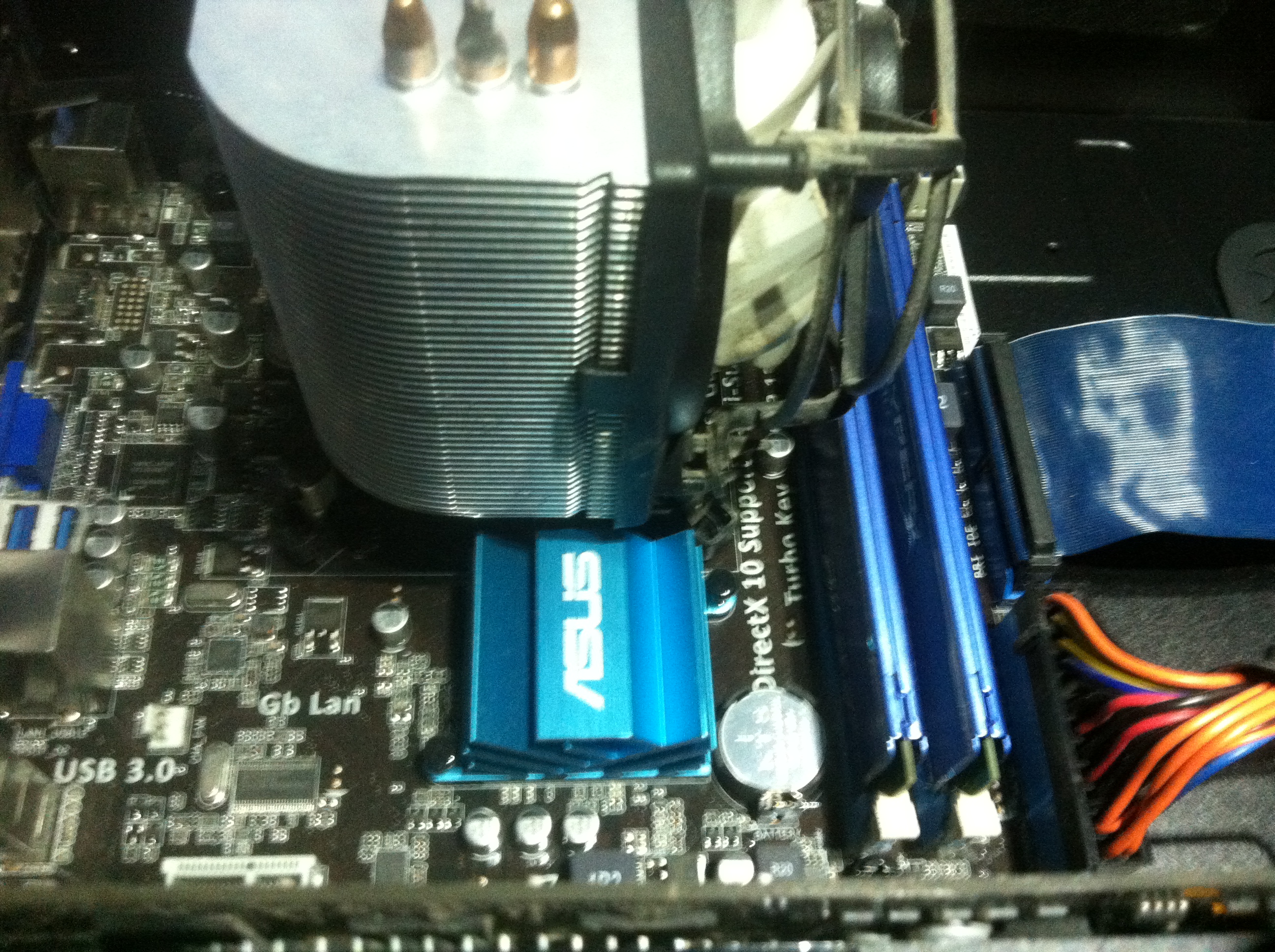 Fan off!, I should clean it more often haha: 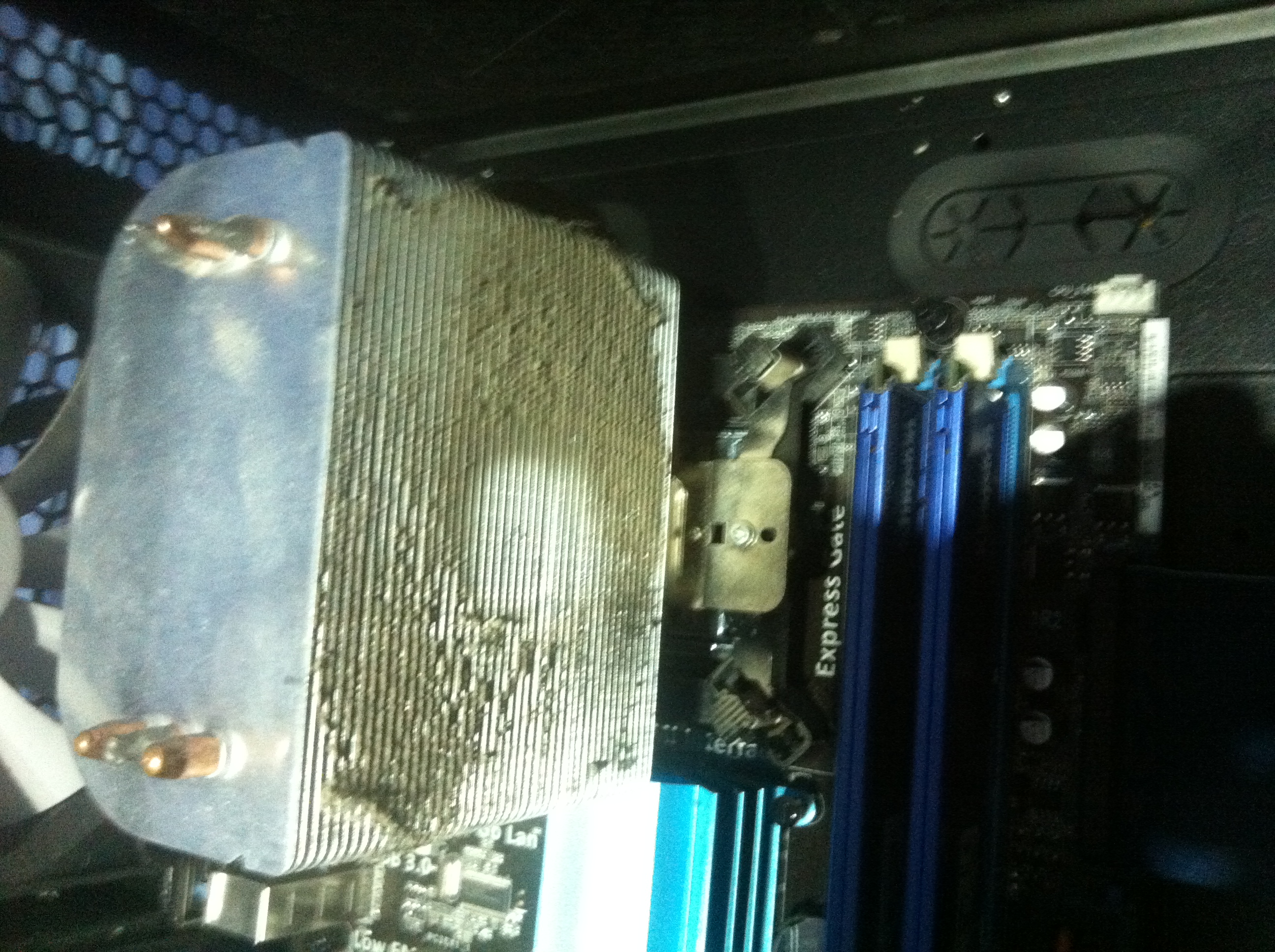 Here we see the CPU itself, heatsink off and how its mounted to the motherboard bracket: 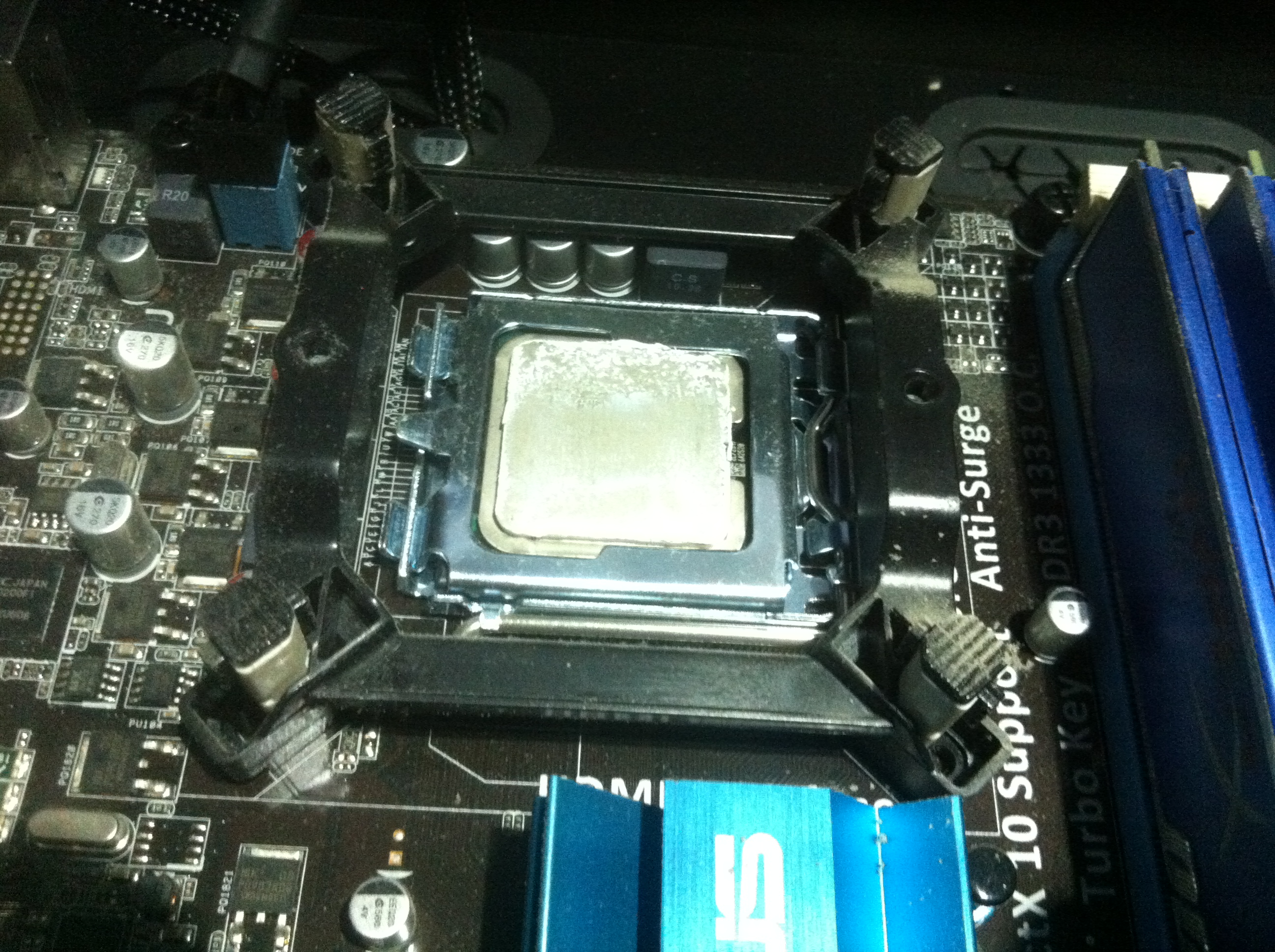 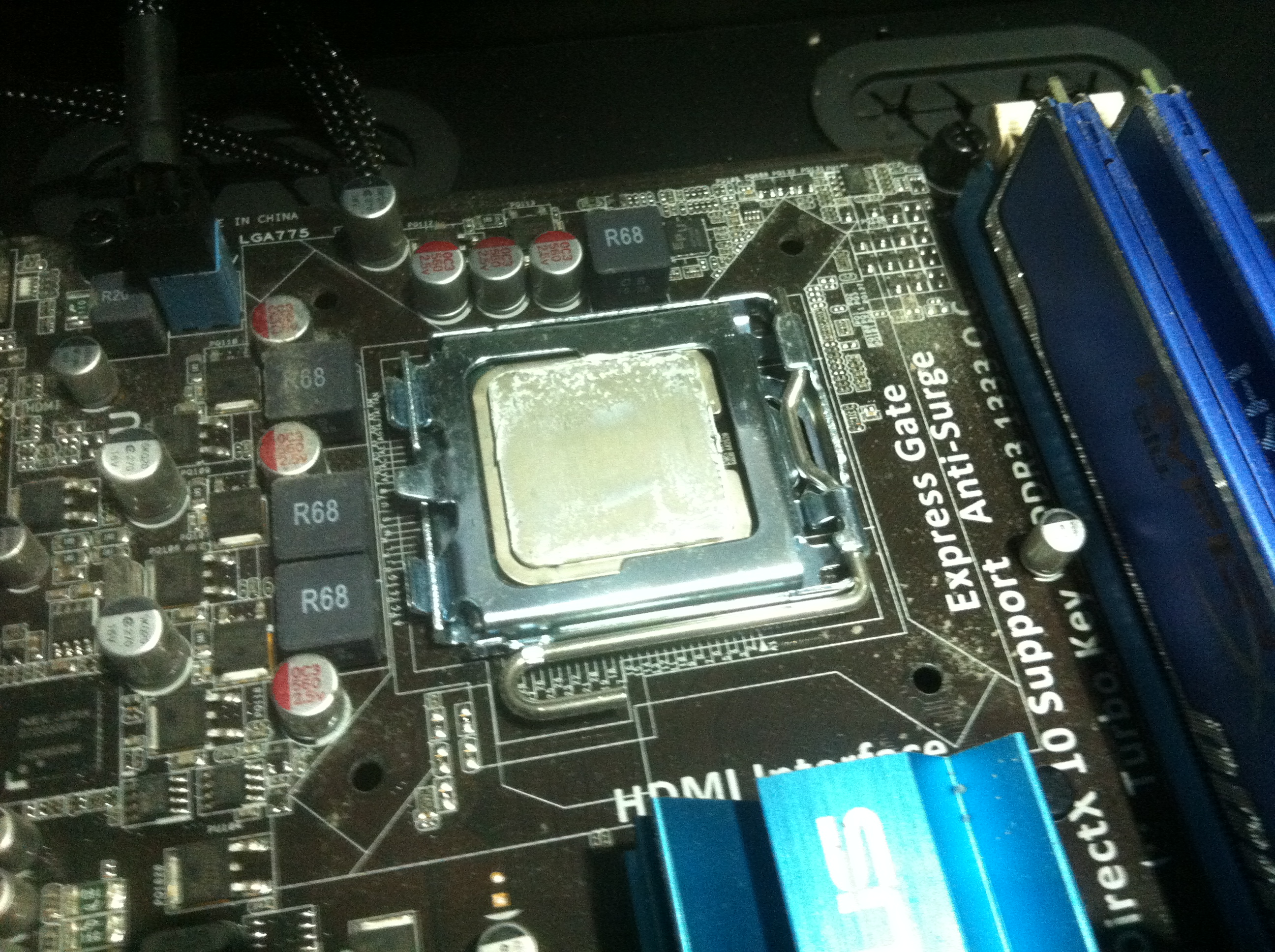 Then I carefully took the chip out and cleaned it with paper towels then degreased with alcohol wipes: 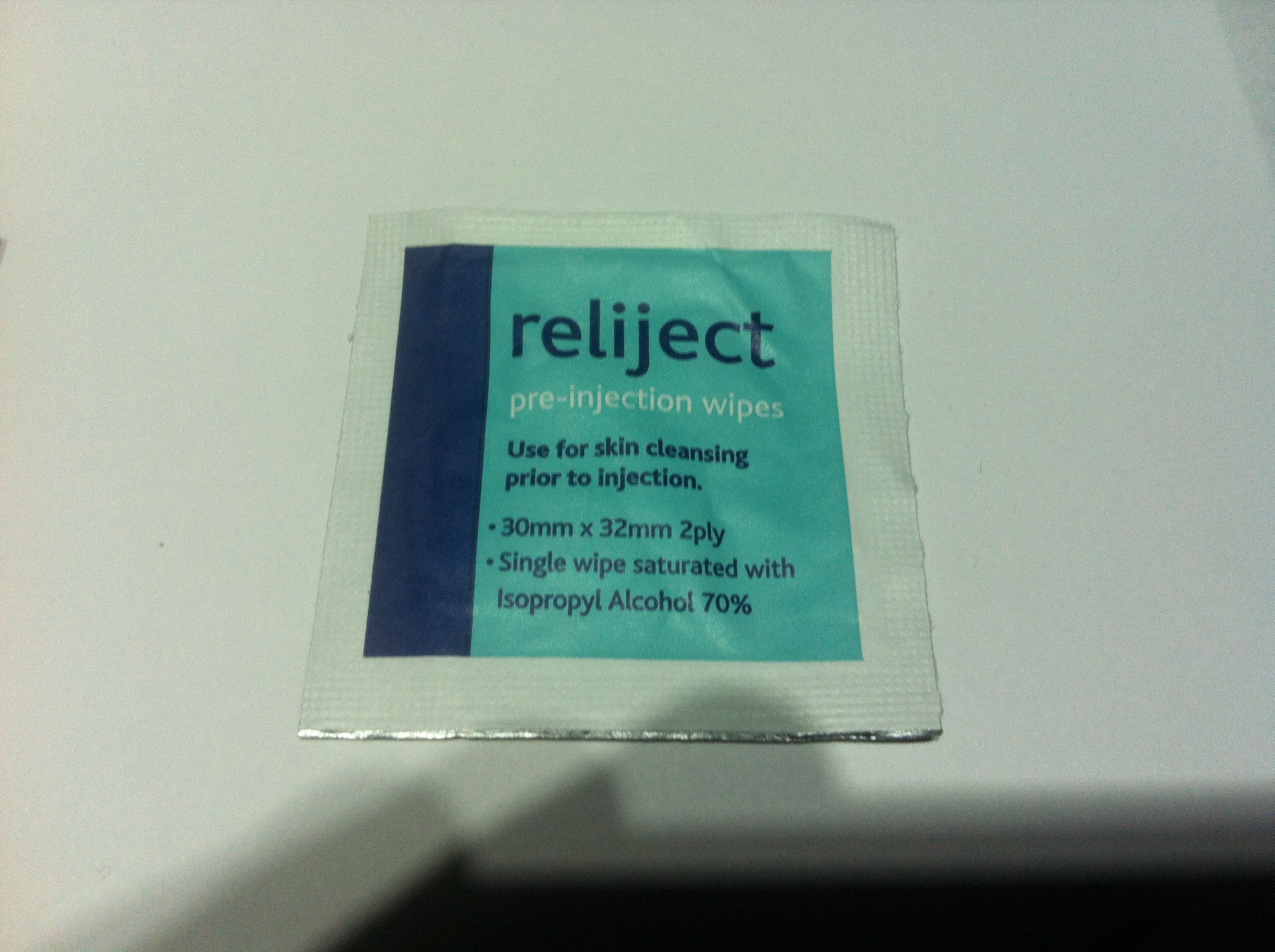 2 Chips side by side: 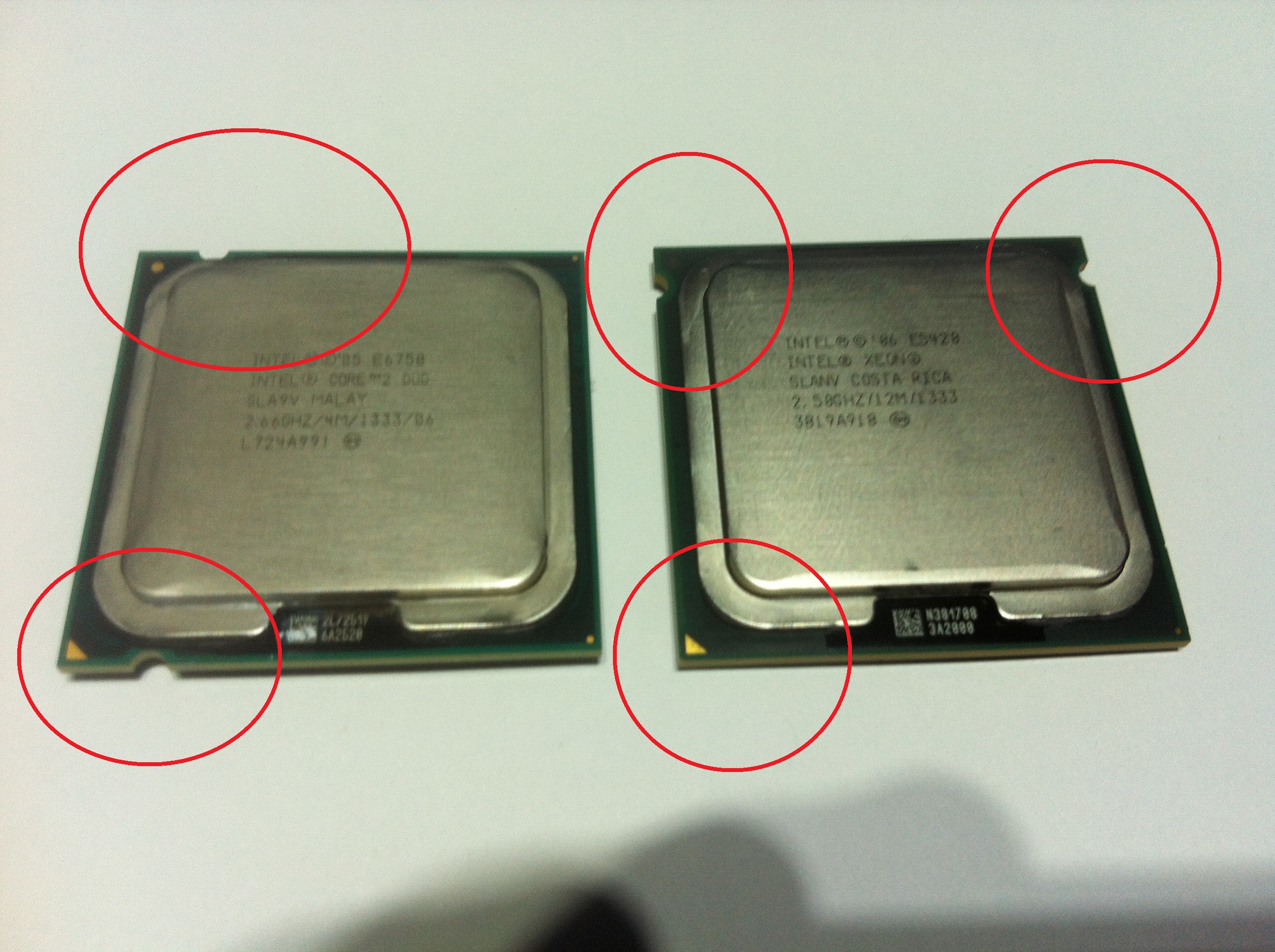 From the surface they look the same, but have a look where the cut outs are For the Xeon on the right in relation to the guide arrows in the corners of the Core2Duo, they have been moved 90 degrees clockwise.

To get rid of this problem we have to get a very sharp knife and super mega ultra carefully remove 2 plastic tabs so that the Xeon can fit the socket. One wrong move and you can bend or break the socket pins and then its game over. 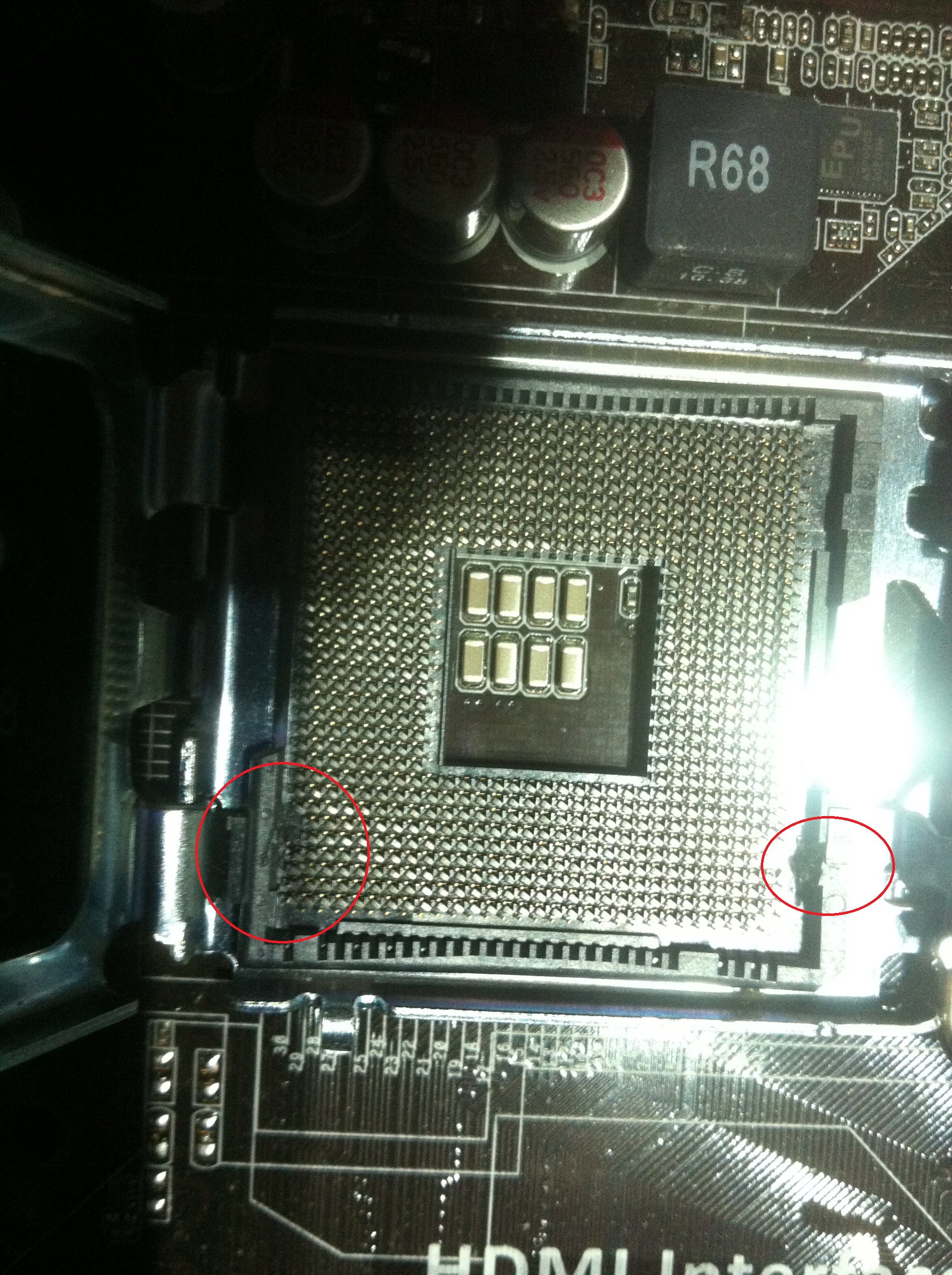 After that’s done we can apply the sticker mod to the Xeon, here's what the stickers look like, available on eBay for around £2 shipped: 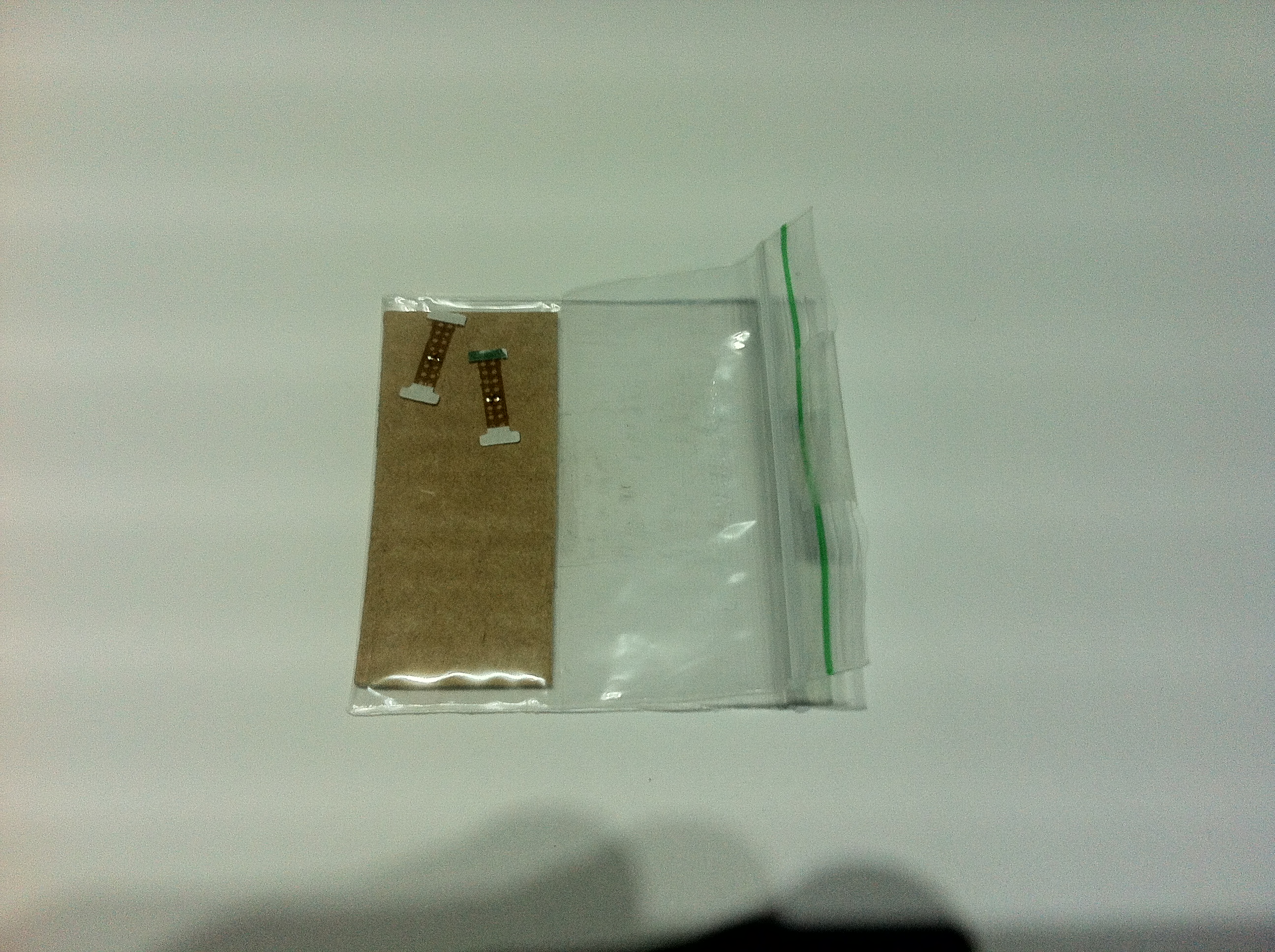 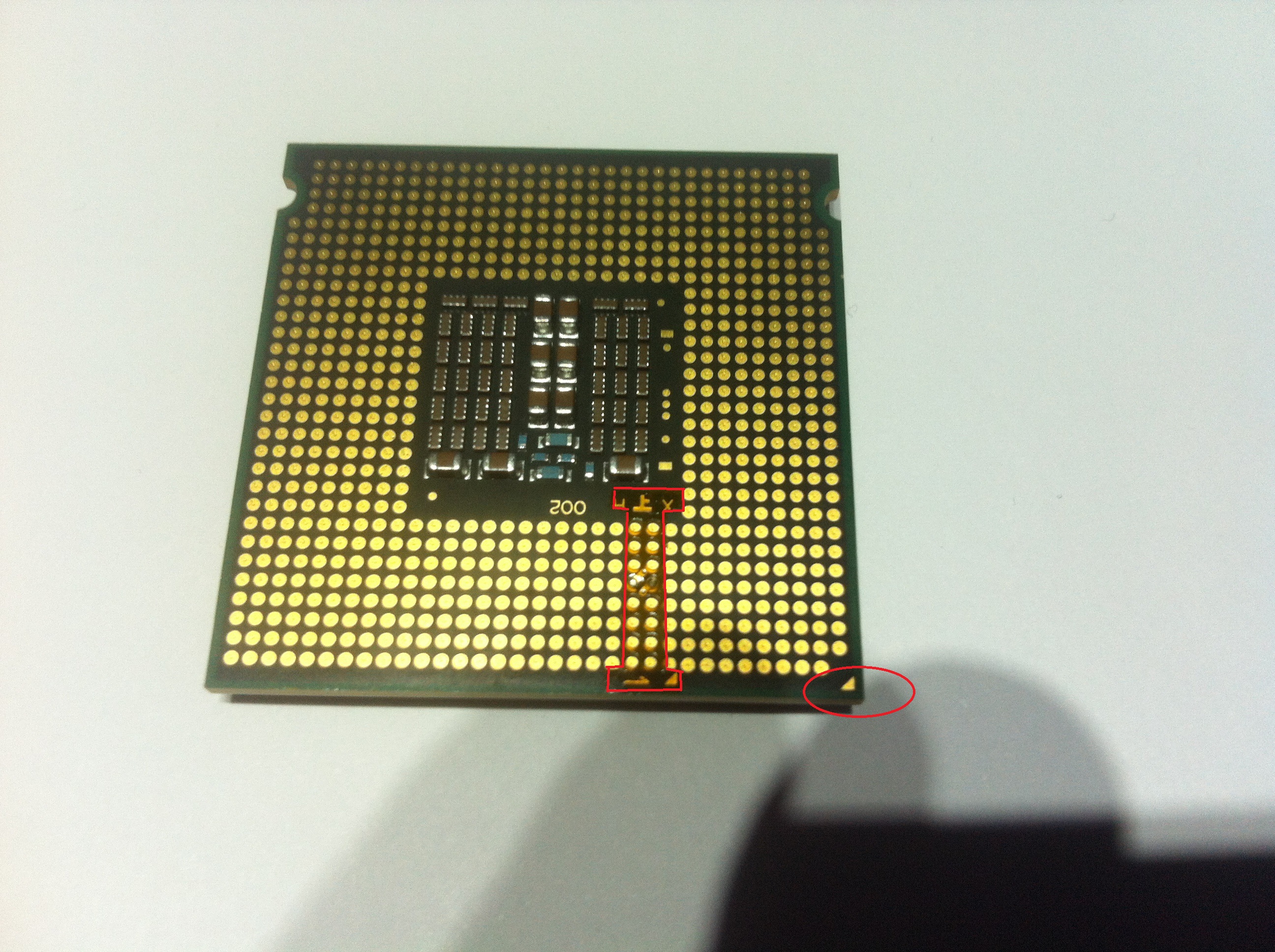 Use the arrow in the corner as a reference.

Here we see the unmodded Core2Duo and Xeon with the sticker applied: 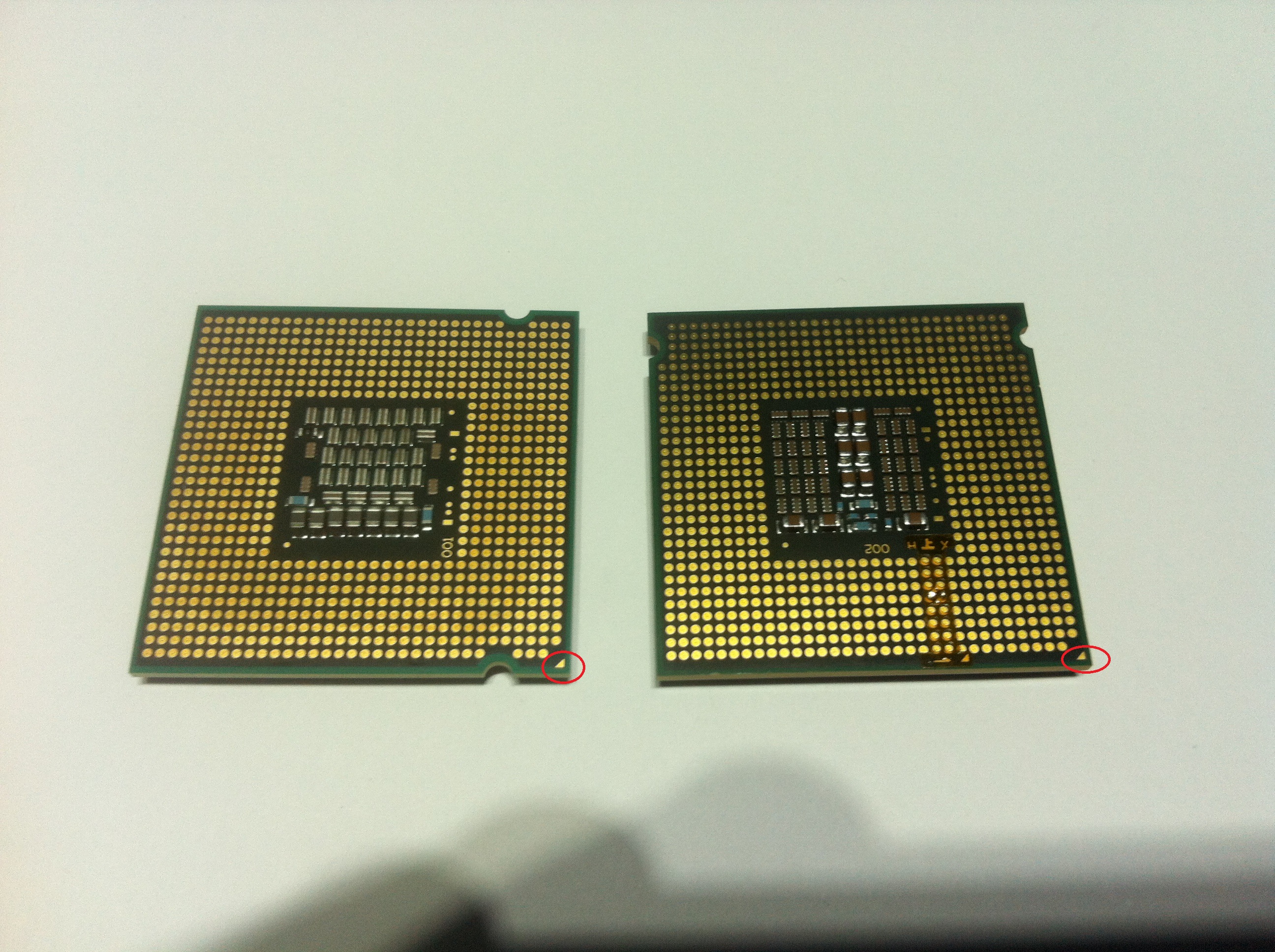 After this I placed the CPU into the socket just like I would place a normal socket 775 CPU back into the socket. To make sure you cut out enough of the plastic tabs and the cpu fits, wiggle it a b it and it if doesn't move or isnt tilted its all good: 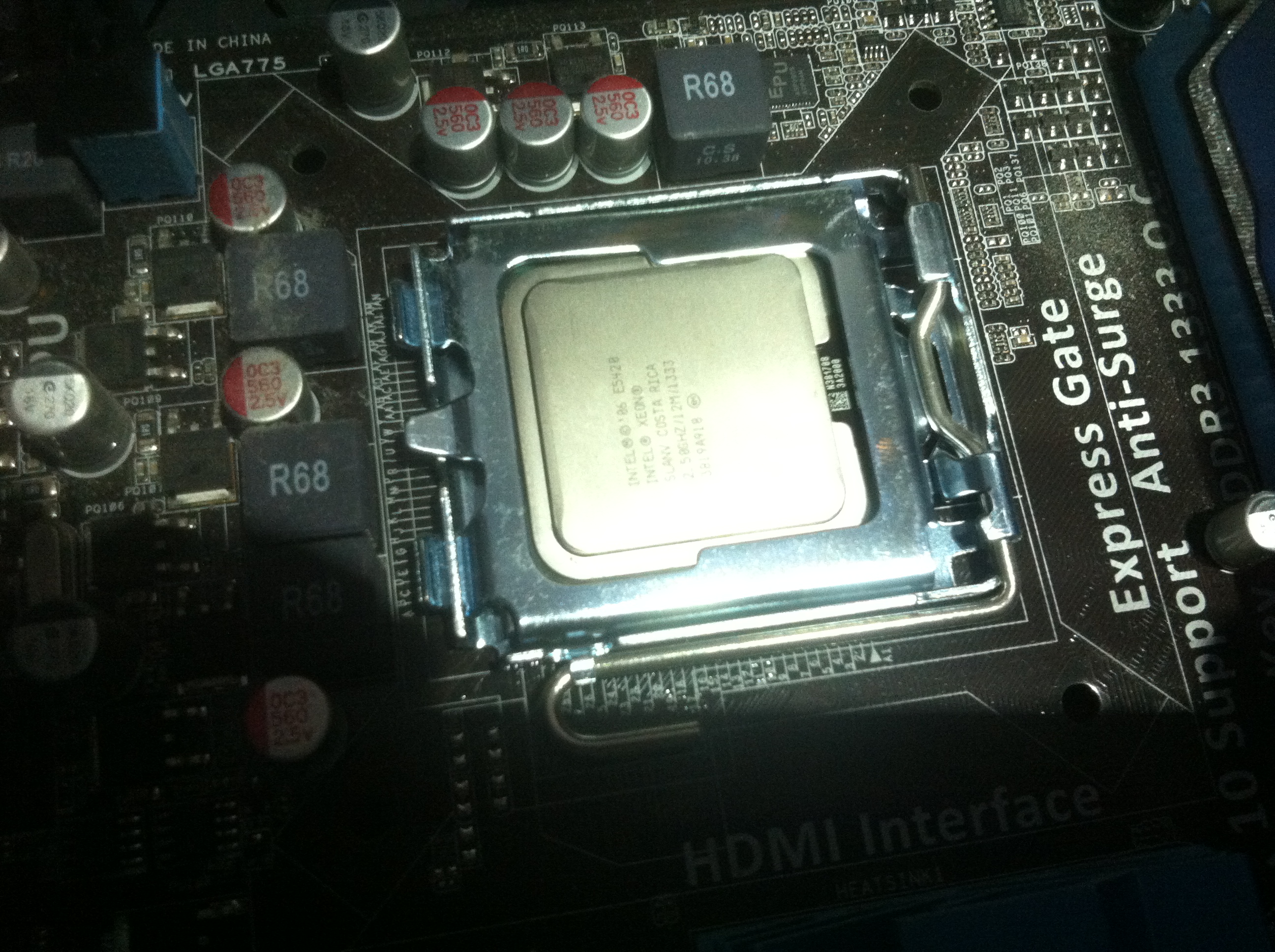 Once that’s done you can reapply the heat paste and put the heat sink back on.
After I switched on the PC it posted but I also received a message saying something like 'Your CPU could benefit from a bios update' -more on that later.
After booting into Windows I did launched CPU-Z to see how many cores there were (My old CPU had 2 and Xeon has 4) and i was a bit disappointed: 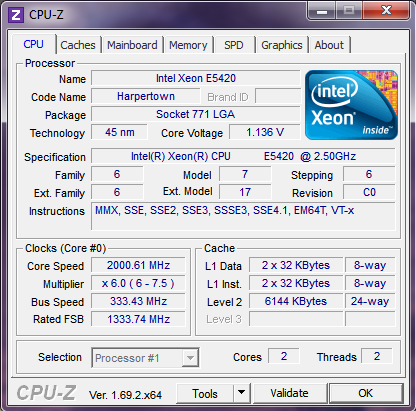 After a bit of googling I found out that some motherboards require the micro code for the CPU to be updated in BIOS, but before I did that i booted into Linux from an USB drive and saw 4 cores in the performance monitor so I knew that wasn't the problem, so I installed a fresh copy of Windows 7 and that did the trick: 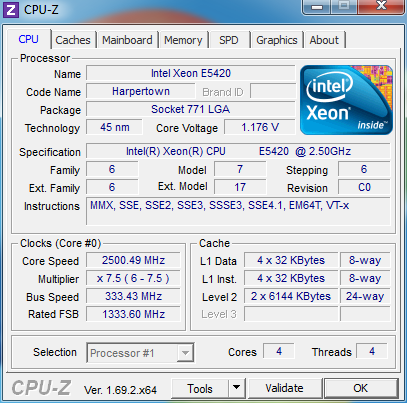 Ofcourse a new CPU installation wouldn't be complete for me without some overclock. When I'm overclocking I always try to get as much as I can out of the chip without increasing the voltage and maintaining total system stability. So before I've done any overclocking I stress tested the new system for a couple of hours to see If it was stable and if i had a good base to work from: 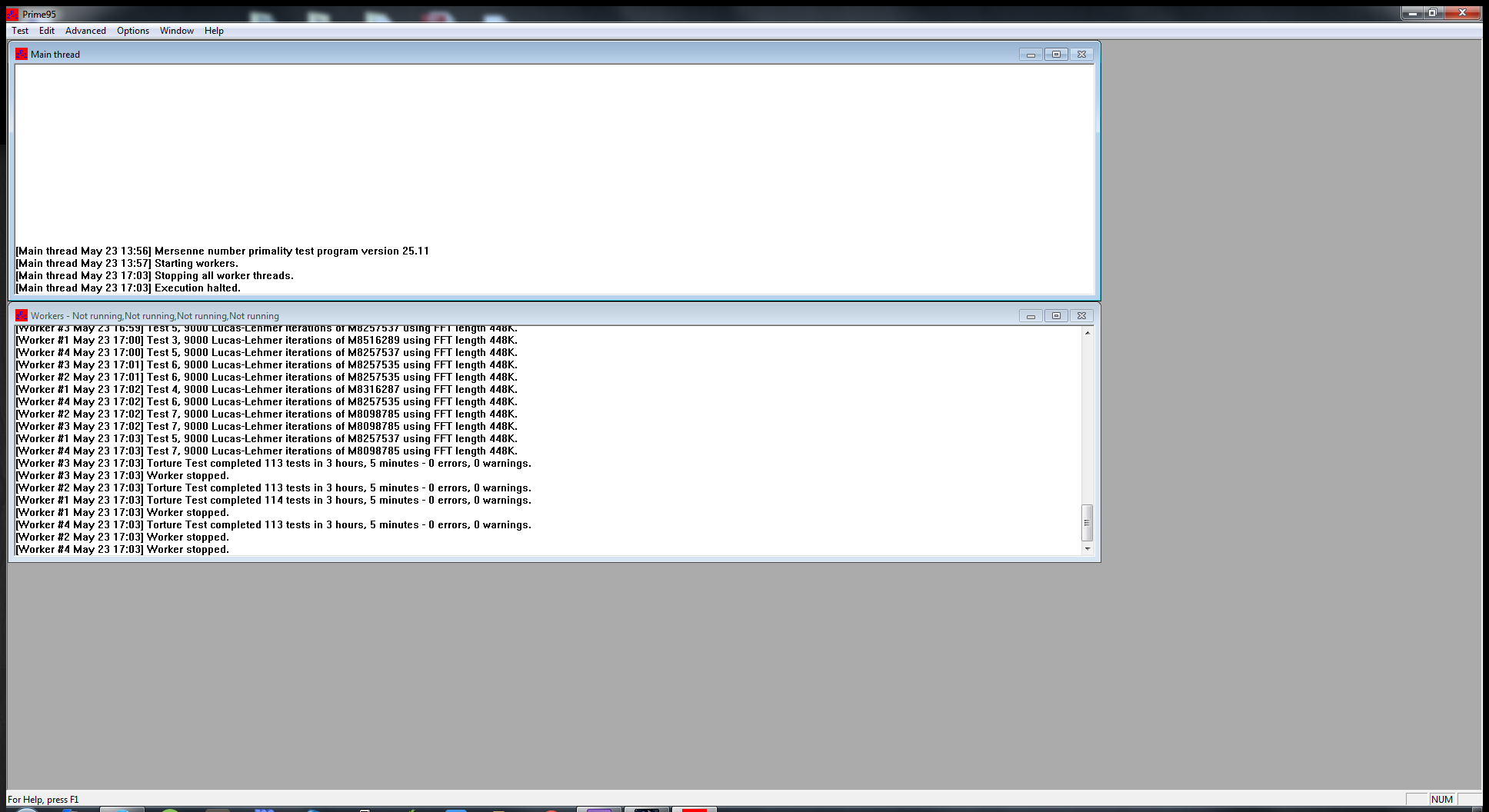 After that I went into the Bios and started increasing the bus speed by 100mhz, and booting the system in a loop until it failed to post, which happened at around 390mhz, giving us 2.85Ghz, stock speed being 2.53Ghz.
After the overclocking i did more stress testing: 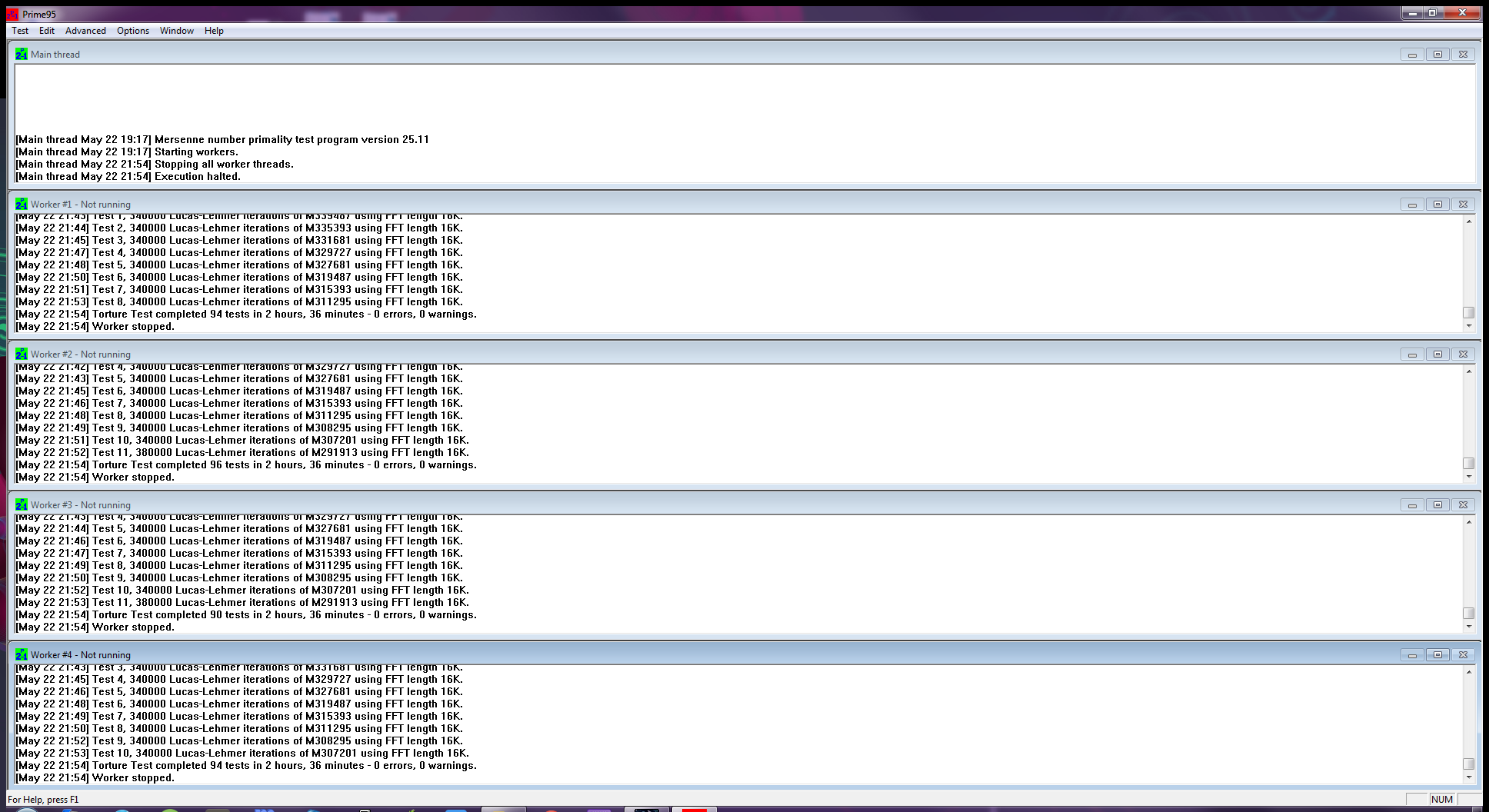 And i also kept an eye out for the temperatures which looked OK to me: 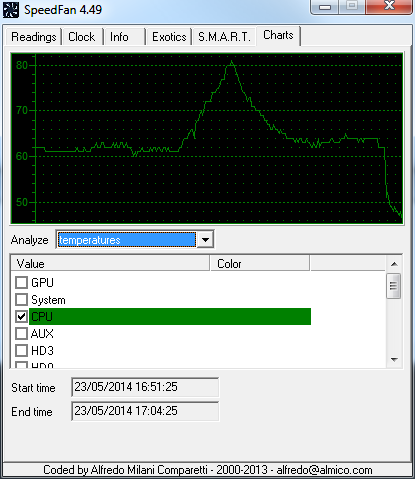 Then I compared the results against the Core2Duo e6750, Stock Xeon and Overclocked xeon: 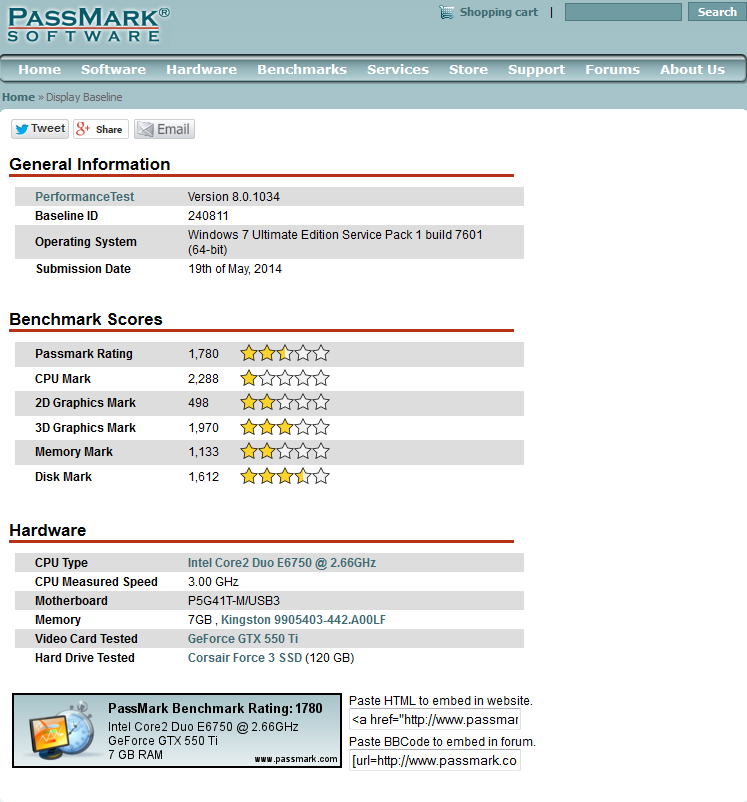 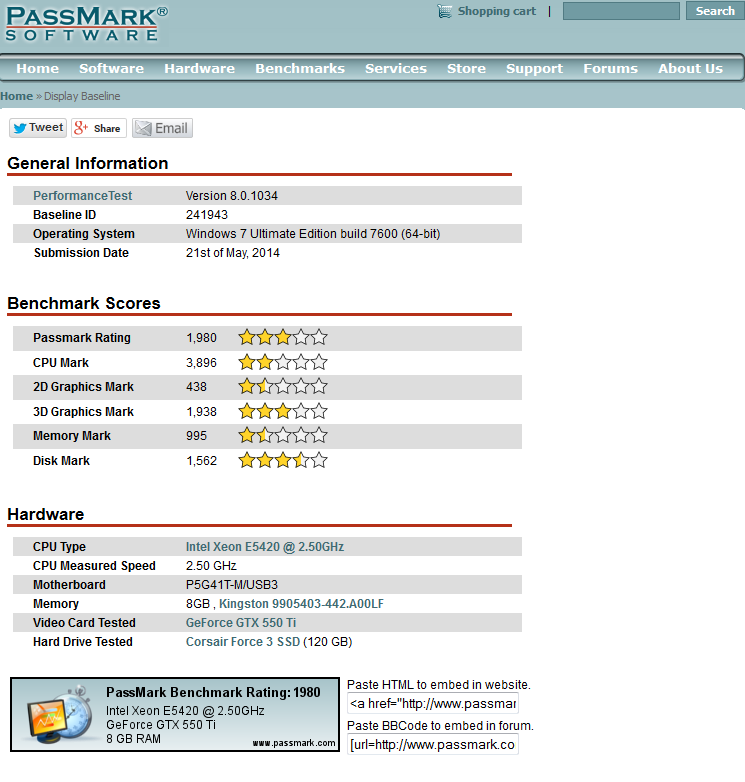 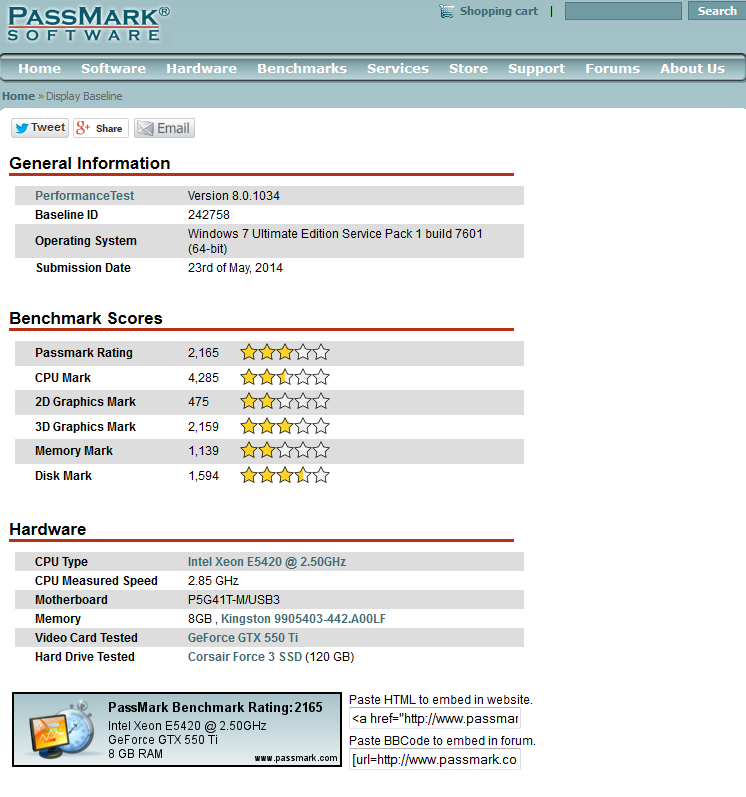 You might have noticed the score for the graphics card also increased a bit because I had a little play at overclocking it. Between the stock and overclocked Xeon I got 3FPS more in Arma2 and the pass mark CPU score increased a fair bit also.