This is the second time I've seen Deep Purple (First time being Birmingham NIA in 2013) and first time seeing Rival Sons. I arrived at the gig about 40 minutes late because of getting lost multiple times and sat nav not knowing what its doing. 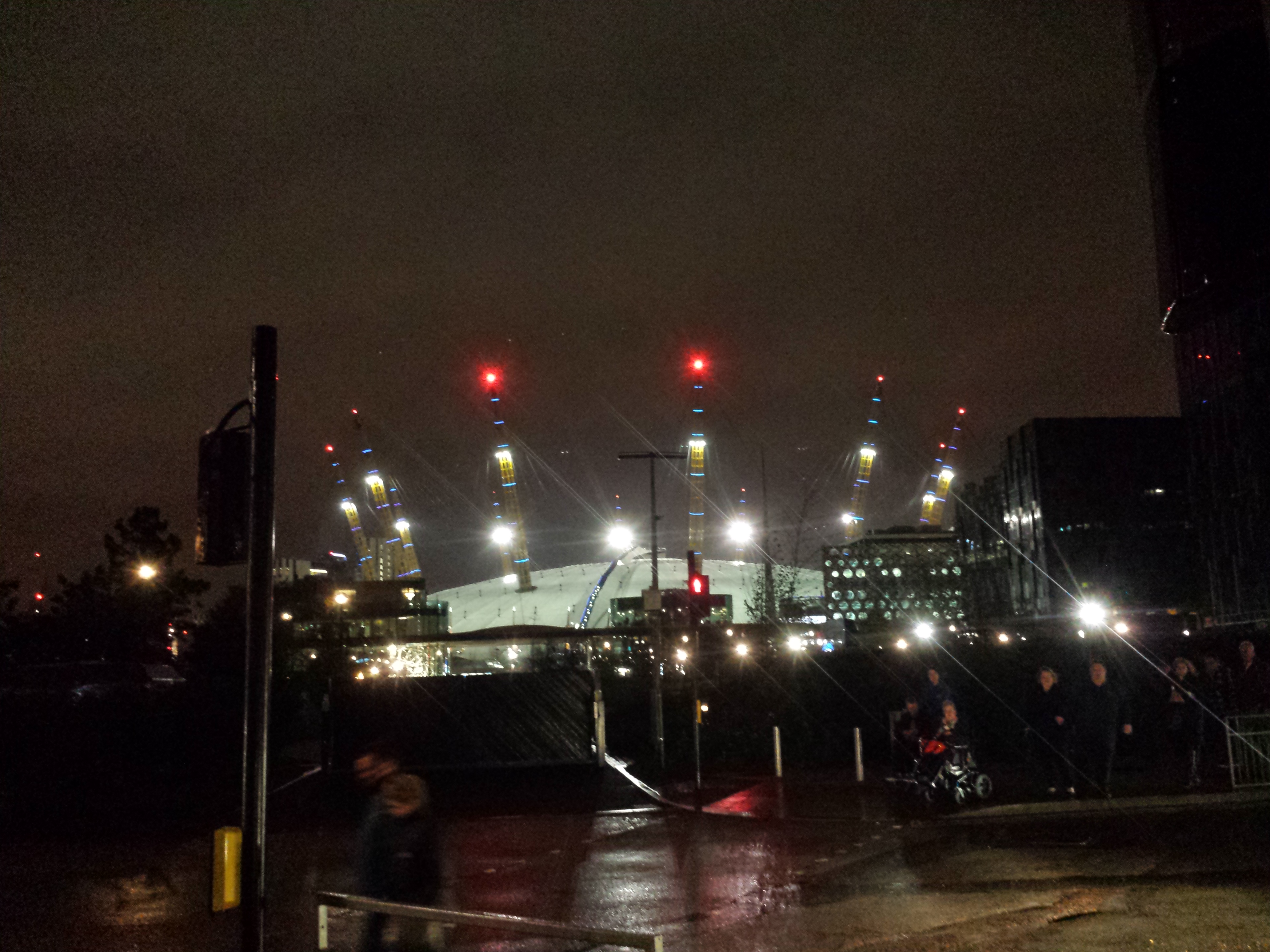 I entered the venue in the middle of "Secret" by Rival sons and I must admit that Jay Buchanans screams were so powerful he overpowered the rest of the band with ease, he really knows how to project his voice. Couple songs later there was a short but on point drum solo from Michael Miley who is quite a show man, he really knows how to translate his personality through drums and please the fans. Todd Ögren Brooks ( their keyboard player) was also a lot more wild then from what I've seen on youtube, he was attacking his Nord keyboard like a mad man and even playing it with his elbow!
Before the last song Jay thanked Deep Purple for taking them under their wings saying that nothing even comes close to them. 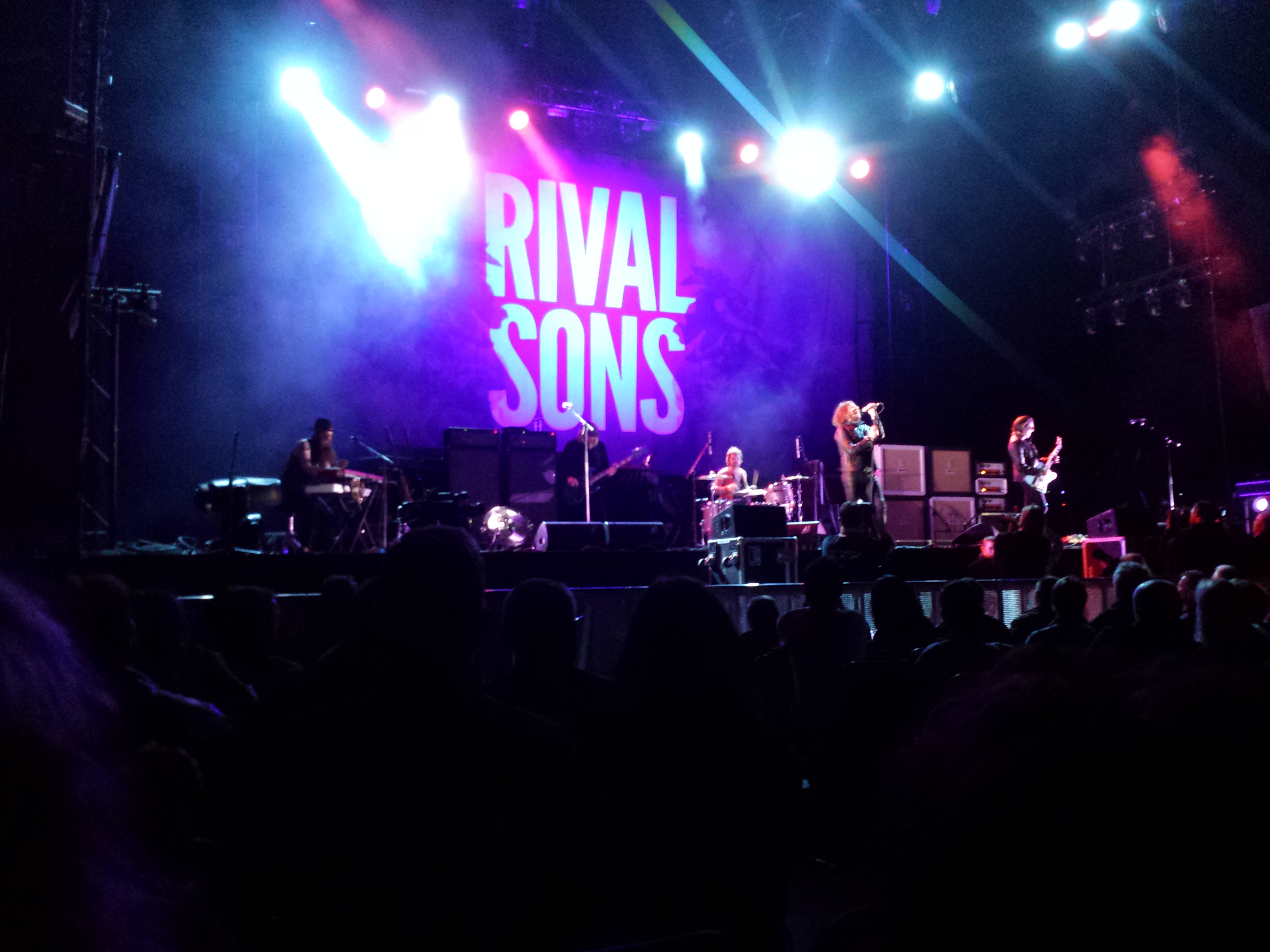 After about 45 minutes of gear shifting Deep Purple came on stage. The set list was as follows:

Intro: Mars, the Bringer of War

The band came on stage and everyone just stood up and stayed like this right through to the end. Ian Paice seemed to be really going for it playing faster-then-usual drum fills. Gillan's voice was smooth and he was really entertaining the audience with throwing bra's up in the air behind Glover's amps and using a tiny little gong during this one particular part of Hard Lovin' Man.
Glover was just on top of the groove really connecting with the audience.
The Band was joined by a Cello player that I've seen before just for Perfect Strangers but I could hardly hear him play. 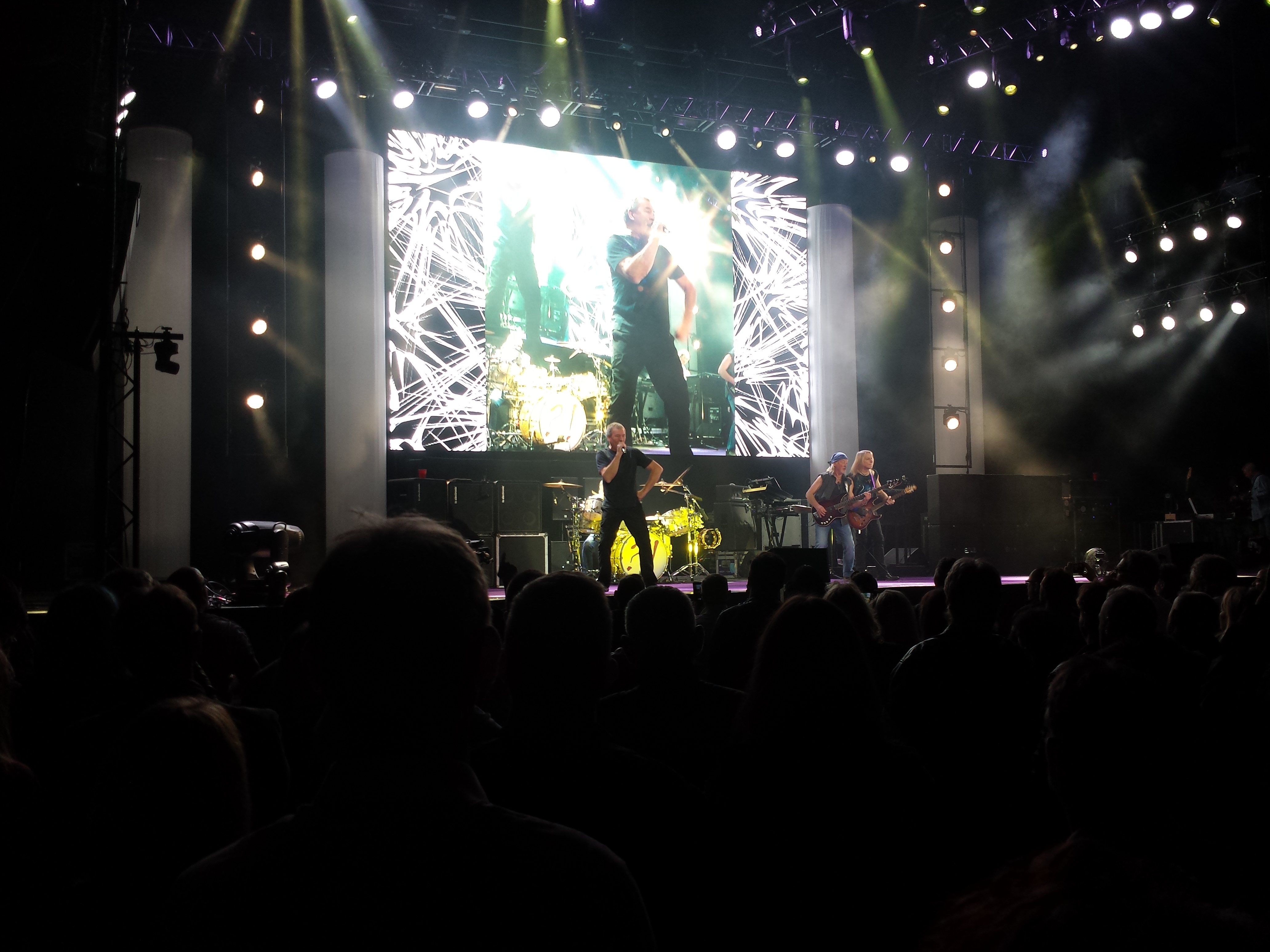 About half way through the set Rival Sons appeared at the side of the stage and were just really enjoying the show then I saw Scott Holiday trying on Stevie's well known Blue music man guitar that he's had for years.
After Aireys dazzling keyboard solo, Space Truckin' really got the audience going and then I realised that that One of Scott's amps is still on stage and by then I knew what was up.
Scott walked out on stage and after some technical difficulties they started jamming, doing the trademark Deep Purple question-answer thing between himself and Stevie.

After the jam Stevie played the first 3 chords of Smoke on the Water and the whole place just exploded, Scott took the first solo spot followed by Morse and then Airey 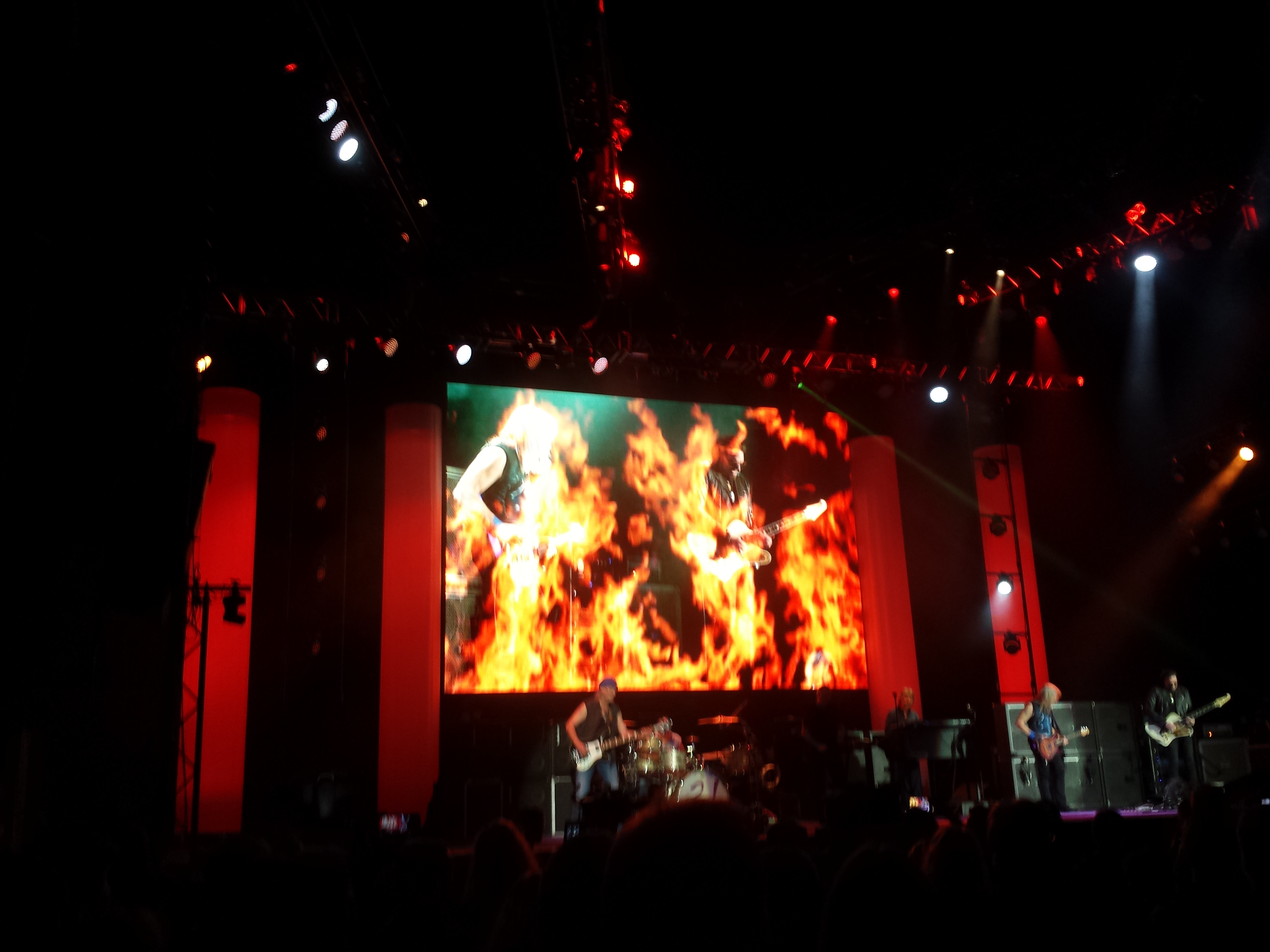 Encore included a short introductory jam, Hush, Glover Bass solo which included audience participation (Glover really knows how to work the audience) and Black Night.
When the Band was leaving the stage I managed to grab the last pick that Glover there into the audience after a bunch of people jumped in the air to catch it but somehow someone managed to kick it about 5 rows down towards the stage right under my foot!

Overall this was the best show I've ever attended with a lot of extra value added by Rival Sons.